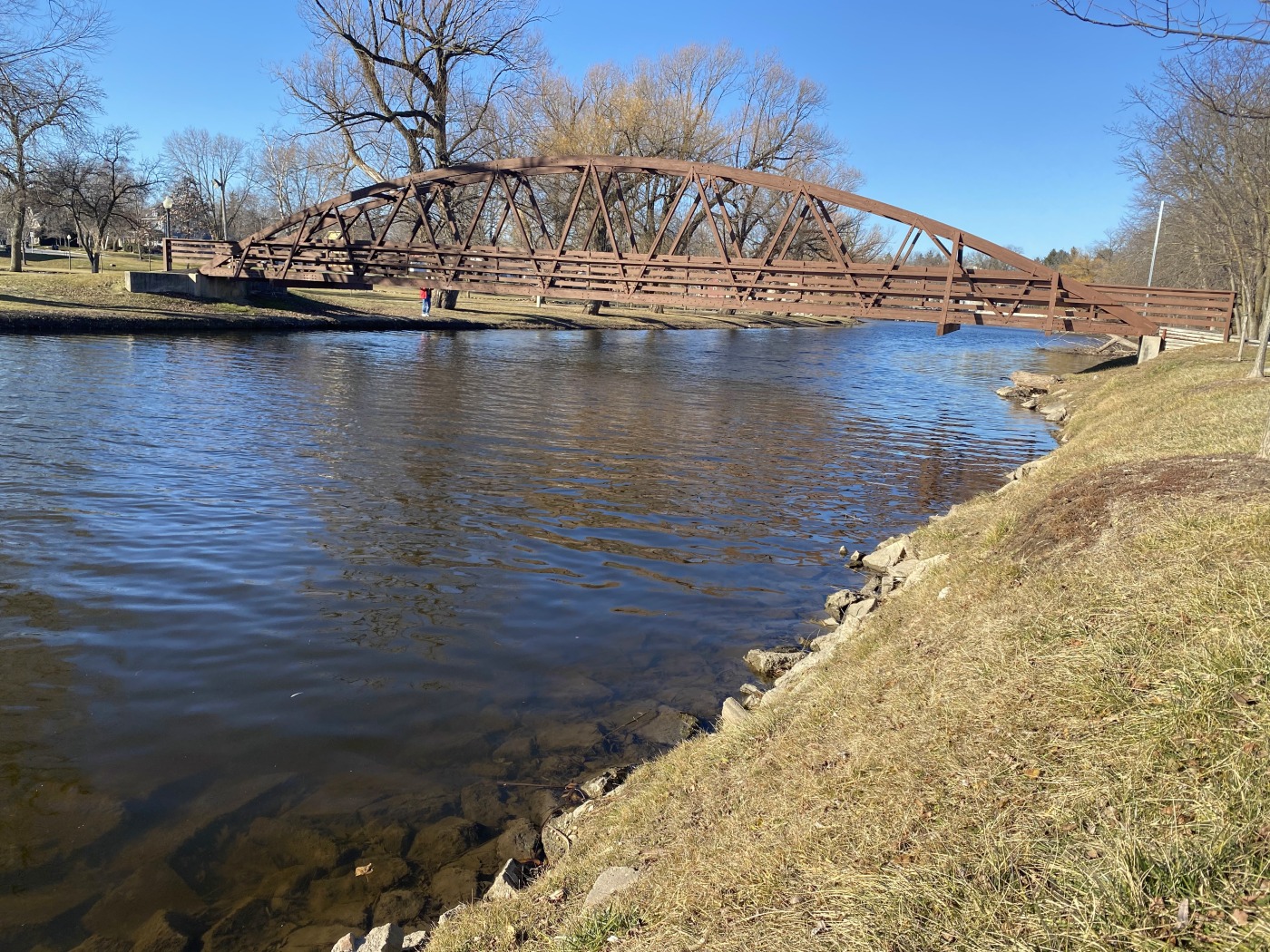 Any angler who is being completely honest with themselves will acknowledge that conversing with others about fishing is a balancing act.

One the one hand, most people who fish have at least some desire to share their knowledge and experiences. On the flip side, we are generally protective of our spots and various secret sauces that lead to our success. When interacting with other anglers, these competing sides present a constant struggle.

When I want to, I can be a social person. And I love talking about fishing. I’m generally not one who is interested in random small talk with strangers, but more often than not I take no issue with strolling up to someone on a river bank or lakeside and blurting out “catching anything?” I’ve yet to encounter someone who completely ignores that question when asked.

This leads to an important point: don’t be afraid to pose the question. You will never know the answer if you don’t ask. There is so much to be gained by observing and conversing with fellow anglers. Failing to capitalize on these opportunities is a missed chance to gain valuable learnings and share in the joy of the outdoors.

Shortly after my wife and I began dating, we took an evening stroll on South Pier in Sheboygan, probably my favorite place to fish Lake Michigan from shore. We encountered a handful of fishermen and I felt inclined to have chats with several of them. They were generally brief, but always friendly.

When we got back to the truck, my wife commented on how strange these interactions were through the eyes of a non-angler. “I guess I didn’t realize you could just do that,” I recall her saying afterward. Since that day, many years ago, I have thought a lot about the bonds that anglers share. I stopped taking these short conversations for granted. The more brain power I put into reflecting, the more I have discovered how quirky, complex, and crucial these talks can be. It’s quite fascinating.

While no one seems to talk about it, there is a general song and dance that every conversation with a fellow angler follows. Maybe it’s because we often don’t realize it. “Properly” following this two-way street is something of an art.

Recently, on a mild December afternoon, I decided to venture to a local park in pursuit of northern pike. Temperatures were expected to reach the low-50s. The sun was shining and the wind was light. I hadn’t been out fishing in a few weeks, and I knew I needed to take advantage of the beautiful day. As it turned out, I wasn’t the only fisherman who felt that way.

I showed up with a pair of spinning rods: one equipped with a black/silver floating Rapala, another with a chartreuse Little Cleo adorned with five red dots. My plan was to work a drop-off near the shoreline, down and back, with one lure. If that didn’t yield results, I’d retrace my steps with the other bait.

When fishing alone, I often listen to music or podcasts. On this day, I was listening to a recent episode of one of my favorite shows, “The Dollop.” I began casting, keeping a watchful eye out for any fish following my lure each time it approached the shore. The first 15 minutes were fruitless.

That’s when I noticed a man wearing a red coat and blue jeans who had stopped on the bridge to my right. He was waving at me. I removed my ear buds and greeted him. He asked if I was Dennis. I said no, but we briefly chatted and I wished him good luck as he headed on his way.

It turned out that his sweet spot was just across the river from me near the base of the bridge he had stopped on. With his gray hair and slow, methodical but slightly-labored, walk, I put the man somewhere in his mid-60s or early 70s. Like, me, he had a pair of spinning rods in his possession. One was tipped with a bobber, I couldn’t make out what was on the other. As he opted for the latter setup, he realized our close proximity and resumed our conversation.

“I had just stripped and cleaned all my rods and reels and had them put away for winter,” he informed me. “But this, you can’t turn down a day like this,” he said gesturing toward the sky.

As the minutes passed, we continued to make outdoors-related small talk. He asked if I would fish with Midwest fishing personality John Gillespie, if I could join him for free (I would). He inquired about by deer season and we traded stories. We discussed my duck season and explored other topics.

Up until this point, I had assumed the man was only out and about on account of the weather. But as our chat continued, I learned he had another reason to be here. He mentioned that two weeks prior, while I was out deer hunting, he was at this very spot and the smallmouth bass were quite active. He himself had landed five during his afternoon outing. The group of three men across from him had caught 15, many were in the 16-to-19-inch range.

This piqued my interest. I knew there were bass in this spot, even a few big ones. Back in October, I had landed a 16.5-inch smallie near here. It was the third-biggest bass of my life, at the time. But I never would have imagined that people were pulling even larger fish out of these waters well into November.

Now this is where you must stop and assess the credibility of the information you were provided. We all tell fish stories, but some of us exaggerate more than others. Taking a fisherman at face-value can often be a fool’s endeavor. The early stages of any conversation are when trust, or lack of, is established.

I briefly gave this new intel some thought and decided it to be reliable. I couldn’t think of any motivation this man would have for lying to me. After all, he was basically fishing the same spot I was. If he didn’t want me in his territory, there would be no reason for him to tell me there were active fish in the vicinity.

By offering this information, we began to transition from the “small talk” to the “give and take” portion of our conversation. This can be a tricky phase to navigate. The reality is: sometimes you need to be the one to provide some insight not knowing if the favor will be returned. I try my best to follow the Golden Rule. In this case, if my new friend was kind enough to offer up useful information, I knew that I should return the favor when given the opportunity.

Eventually, that chance presented itself. I explained to the man that I had success here during the fall using primarily live bait. Nightcrawlers were the ticket during the warmer months, but minnows seemed to be the flavor of the day when things got colder.

Shortly after this exchange, our talk moved to the next stage: “the here and now.” Feeling comfortable enough after briefly establishing rapport, I asked the man what he was currently using. He told me he was simply placing a nightcrawler on the bottom with a single hook and some sinkers. It’s a tactic I often use in this spot, but I was appreciative of his honesty. I thanked him by divulging my game plan. This led to more information on what the guys across from him were using a few weeks back.

A while later, it was nearly time for me to return home. The man had made his way downriver a bit. Our conversation subsided as he drifted out of earshot. We parted ways without formally tying things off. This felt a bit wrong, but I wasn’t able to get near his spot from my side of the river and I frankly didn’t have time to cross the bridge to chase him down.

This got me thinking. These conversations establish mini relationships. Not every relationship ends with a solid “goodbye.” For a variety of reasons, we don’t always get the clean ending we may want. You just take what you learned, savor it, and move on. This was just a small example of that.

Though neither of us caught any fish, I was grateful for the chat. I was inspired by what I had learned and decided to return to the same spot the following day. This time, with more a bass-centric mindset.

Based on the man’s advice, I started-in on a patch of brush I had neglected the day prior. A few casts in, I noticed a gold figure pursuing my floating Rapala from a short distance. As I moved the bait along, the pike clamped down on my bait. As I went to set the hook, the fish flashed sideways and, as though it had seen me, decided to simply let the lure go.

The fish, probably around 20 inches in length, settled into a spot near the brush anticipating an opportunity for an ambush. On two more occasions, it followed the imitation minnow all the way to shore before sliding back into its hiding place once again.

While this trip didn’t end up as a success story, it certainly provided some excitement.

After an hour, I grabbed my things and made my way back to the truck. I was intercepted at the bridge by a familiar face.

It was the man from yesterday, in the same red jacket, off to one of his favorite spots he was gracious enough to share with me.